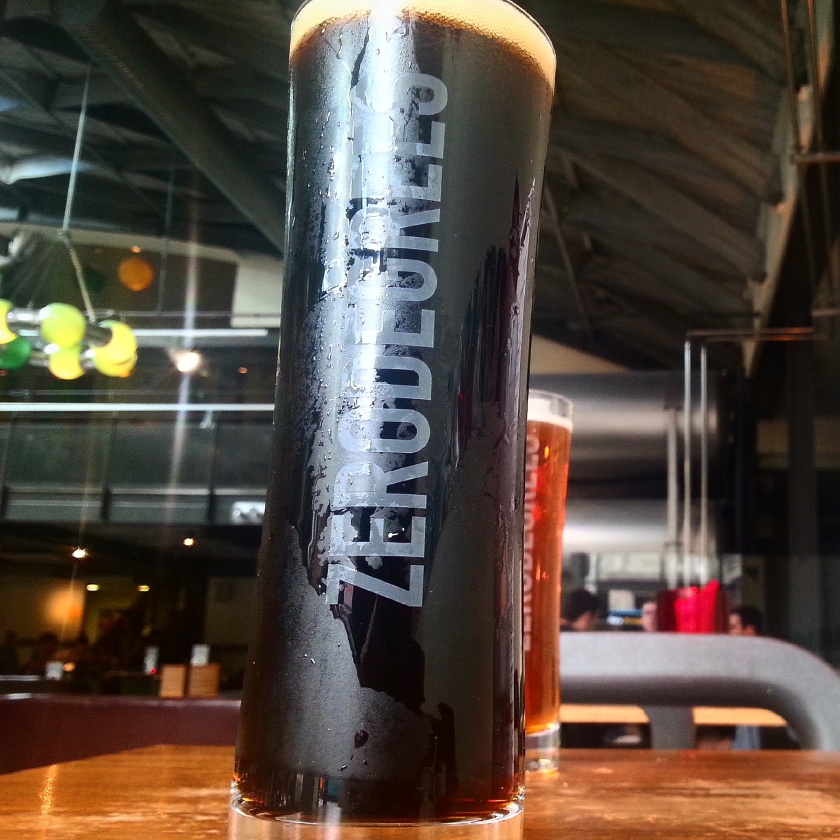 In a series of four features, I will be examining the beer culture in four countries through the lens of a particular event. This first part looks at Wales, and how the recent W-Ales Beer Festival showed a city entering a beer renaissance.

Whilst it’s not unusual to be in a place where a culture is changing, it’s a strange and interesting thing indeed to be present at the moment when it changes. When I attended the Great Welsh Beer Festival last year, I and many others saw the signs of a sea change in Welsh beer. There had been indications for some time, but the country’s national beer exhibition was the best barometer to measure such a change. The ‘inciting incident’ was when Newport’s decidedly ‘craft’ brewery Tiny Rebel swept the board at the Champion Beer of Wales competition at the festival, claiming gold, silver and bronze with smoked porters and IPAs, beers markedly different to what many other brewers had made.

Whilst this certainly set the scene for a future of serious changes, in the Welsh beer history book of the near future, the W-Ales Beer Festival 2014 will be the event marked as a turning point. Last year’s saw Tiny Rebel make their presence truly felt, change the game and how it is played. A fascinating prologue for certain, a hook into the story proper, but it was this year’s beer festival that saw the first chapter of the future of Welsh craft beer. That isn’t to say that it was by any means triumphant or perfect. There are still organisational niggles (too few food stands, no third-pint markings on glassware, charging for programmes on the first day, fiddly tokens), but the festival itself was still a great event. It was also, again, a fascinating barometer for the Welsh beer scene.

WRU (Welsh Rubgy Union), which owns the Millenium Stadium, charged a hefty price for stands at the festival, a price some were unwilling to pay. On top of that, the stadium’s official alcohol supplier, Heineken, wanted its own stands too. Instead of an integrated approach similar to Craft Beer Rising, where cask and keg beers are served alongside each other, here the method of dispense remained a dividing barrier. CAMRA ran the central island bar of cask taps, whilst those pouring beers on kegs were forced to provide their own stands on the outer edges of the field. It felt disconnected, especially when some brewers had beers pouring both on the CAMRA island and a separate keg bar. It showed that the traditional CAMRA model is no longer the best way to showcase the country’s beers, but also that a piecemeal approach isn’t effective either.

Having said that, the beer on sale at the festival was some of the best I’ve ever had at a beer festival. Every drop was in great condition, well-kept and tasting fresh. The diversity of Welsh beer was no longer in question. Celt’s 614 Années, an 8.5% chocolate rye porter brewed with Brasserie St Germain, was the standout (and knock-you-down) beer of the festival for me, but I also enjoyed the juicy Nelson’s Eye pale ale from Heavy Industry, a fantastic Black IPA from Grey Trees Brewery, the young Handmade Beer Co’s cracking American IPA (which had more than a touch of Torpedo to it), and a pounding Pioneer Double IPA from Zero Degrees, among others. These were all great beers, showing Welsh craft beer to be in rude health and getting better by the year.

As for the festival, whether next year will see a smoother integration of the component parts, or an even more exploded, disparate event in its place, is difficult to know. The festival this year showed that the beer community wants, and needs, something representative of all the great beer being brewed in Wales, but struggled to make a cohesive event out of it. Things will no doubt be very different next year, but how, exactly?

In a matter of weeks, Cardiff’s BrewDog will be open, just down the road from the City Arms, Urban Tap House and Zero Degrees. The city’s Craft Beer District, once a running joke between me and my gracious host Craig Heap (inspired by the ‘Hammock District’ gag in The Simpsons episode You Only Move Twice), will be all but official. Some local dignitary will probably have a bubbly amber stripe painted down the streets to mark it out, and why not? Perhaps this where the answer to the beer festival conundrum lies. Perhaps a beer festival set across Cardiff’s craft beer pubs and bars (not so much a Bermondsey Beer Mile as a Cardiff Beer Square Mile), with each pouring between 12 and 30 keg and cask beers over the course of a weekend, is a better way to represent what Welsh beer has to offer.

In any case, the change to the Welsh beer scene isn’t just coming, it’s already here.